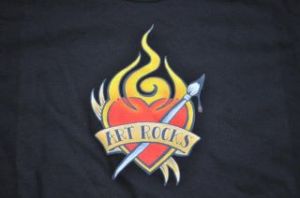 The room was densely packed with audience members who rustled in their seats, scanned the stage and entrances in anticipation, studied their programs. They chattered with one another and waved at people leaning shoulder-to-shoulder against the walls.

A major event was about to commence: Grandparents and Other Special Guests Day. I, a grandmother to two of the children in this day of performances, was there, right next to other family members. I had been looking forward to watching Avery and Asher share the creative endeavors their classes had worked on. 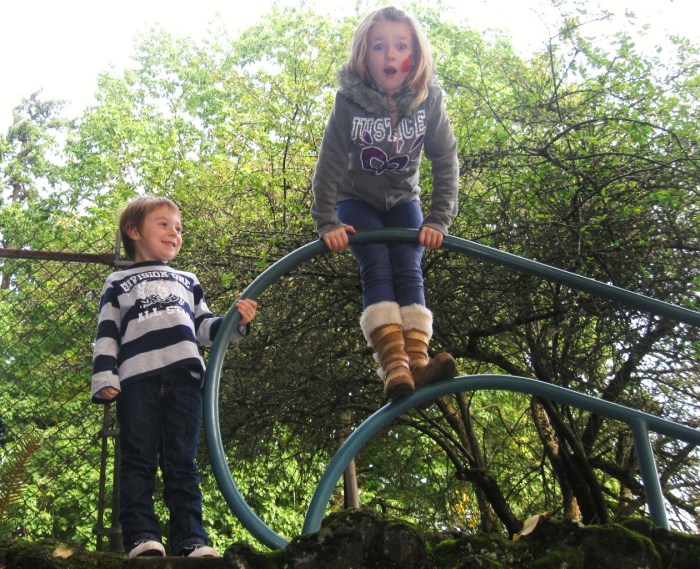 But I wasn’t ready for what ensued at their arts focus elementary school. My expectations  for the program were moderate; I was primarily there, after all, to see my grandchildren. But it was far from being a brief recital of ho-hum numbers or a jumble of slapdash acts. The children and teachers had carefully prepared an array of fascinating pieces. Each showcased a group of exuberant kids from kindergarten through fifth grade.

There were yoga positions posed to a captivating spoken poem(kindergarteners performing; grandson Asher included). Large portraits of family members were drawn by some students during the show and later exhibited on stage. Music from the 1960s was the background for second and third graders as they hula-hooped, “watusied, twisted, and monkeyed” their way across the stage–all in sync with the catchy beats. Boys and girls of all sizes and shapes designed complicated sculptural forms in response to electronic world beat music. Tumblers and jugglers entertained with their skills. Little children shape-shifted into spiders, iguanas and mosquities. And there was choral music shared, including my nine year old granddaughter’s chorus. It ended with an old bluesy piece that was refreshed by youthful twists. Avery’s face reflected the pleasure of submerging herself in song.

And in truth, the plain, large room pulsed with joy. We all clapped and tapped our feet along with those kids. Those kids got standing ovations. No one politely listened and then sneaked away when their family member was done performing.  Like them, I was rooting for every hard-working student who took a chance, explored inventive uses of space, form, sound and time, and who then found satisfaction and happiness. They discovered freedom sprang from imagination, especially with diligent practice. They had, in a word, fun.

We were reminded that children, when allowed the chance, are fearless creators. Their innate gift for invention breaks loose as though waiting for just such an opportunity. And they become themselves more fully. They search for new horizons. They soon discover that success can be as simple as finding and holding a note, letting a line zigzag its way across paper, or allowing their bodies to morph into something new and fine.

When the final act left the stage, the adults were reluctant to leave. Being a grandparent felt fully like the privledge it is. People chatted and milled about; then we followed our students to their classrooms to enjoy more of what they had to share. I studied the program and learned that this marvelous school had a Run for the Arts to obtain more monetary support, was selling T-shirts and sweatshirts to raise money, and also took donations. I bought two of the T-shirts for my grandchildren and will write a check soon. No child should be without the opportunity to experience the arts.

Many years ago, at Eastlawn Elementary in my hometown, I enjoyed an educational experience now nearly unheard of. I enjoyed the arts as freely as I enjoyed the gym,  school library, playground, and classroom with its more conventional studies. There were plays, dances, concerts to perform in. There were stories and poems to write and read aloud. I waited each day for a fine or performing arts class.

One year I decided to be a firebird for a school performance. My mother and I designed and sewed my costume, a divine outfit of orange and crimson chiffon. I waited stage right as the opening bars of Igor Stravinsky’s “Firebird Suite” swept across the stage and over the audience. My heartbeat was taking the lead and my stomach was quivering jelly. But I stepped out and whirled across the stage on cue. I was lifted up by that music, the flaming skirt floating, then whipping around me. My feet made their own way and my arms rose up to the sky beyond. I forgot I was just a nine year old girl. In an instant, I was a rare and vibrant bird, and the music electrified. I danced as though it was the only thing I knew or needed to know. Transformation occurred without my even knowing how it happened. I was a bird, mysterious and earthbound, seeking flight. The spotlight followed me as I chased the notes acround the stage. The music called to me and I answered. It was as though I had crossed into a new country and and I followed my body across the border, to the finish of the journey. Sweat rolled down my back and a smile broke over my face as applause erupted. My cloth feathers stuck to my legs but I felt I could have flown right out of the building. And in the audience below was my mother and other family members, neighbors and friends.

I felt right with the world, and happy. The doors of the universe slid open a bit. There was a bit of heaven right on earth and its name was clearly Art, although to me (as to the children today), it was just having a wonderful, magical time.

Love to Asher and Avery

2 thoughts on “Recreating the World a Little at a Time”