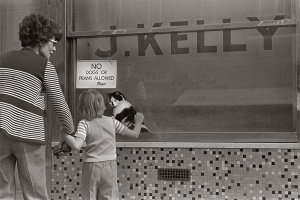 At the start, forgive me for using your first given name. I know you use your middle name, Eleanor, now that you are an adult. A graduate music student in New York! But this is the name I know.

I have been thinking of the spat we had when you came for tea. It seems a useless thing now that a few days have passed. I said little of what I meant. Surely we can find a way around this small disaster and acknowledge the fact that we have missed each other and hoped for more.

Who would have thought you would find me? I left your father’s employ long ago, when you were ten, and you recall it differently. Not surprising as you were a child. But if things weren’t fully settled, it was a clear denouement. As I mentioned, after that I worked at the Dennington School with preschoolers another ten years and that was on account of your father’s excellent reference. Now I am between things. But even though it was time for me to leave that work and try my hand at something else, being a nanny, your nanny, isn’t something one leaves easily, without a backward glance.

It was not my career of choice. Teaching was, if that was not apparent. But since I didn’t quite manage my degree and money was scarce for my family, being a nanny made good sense. I am a practical sort as you can well attest to, but I also had dreams. Chasing after willful babes and cleaning up the wreckage of their tantrums–then pacifying parents with a suitably humble glance so that they would not think me insubordinate–well, it ought to have netted me better compensation, perhaps.

Then your father, the Mr. Arthur Llewellyn, interviewed me and suddenly I felt the tide would turn.

I was right. Working for your family was the least trying time I spent in the business, overall. In fact, caring for you children was notably the best challenge, a happy time for me, and it was primarily due to you, Harriet. And your brother, Earnest, when he decided to be the shining, smart boy he truly was. We already knew you had musical talent. How I later missed your childish but crystalline voice.

You said little of Earnest; that’s another reason I would look forward to another visit. But if that is not immediately a possibility, perhaps this letter may serve as a small bridge. I’ve made many of those over the years and some have held well.

The photo you brought, the one Earnest took that day we were shopping, brought a flood of memories. It was warm, too warm for the sweater I had on, and we had been out for over two hours, to the zoo and then the department store. You never found a jacket you would wear but Earnest found a pair of shoes forthwith and put them on right in the store. How you both longed for ice cream sundaes and how hard to deny them! Dinner was soon and I knew your mother would have returned from New York. You knew it, too, but there was that cat. My, she was a sublime creature, posing in the window of J. Kelly’s accounting firm. I always wondered if his employees were more contented with her pretty face and gentle commentary.

You wanted that cat in your arms more than you wanted your mother. But mother didn’t allow animals in your home. They had their place outdoors and she stayed a great distance from them even then. You know by now she had allergies; she wasn’t being cruel. It was just her way, her coolness seeming hard when you were at your most tender. That is the way of parents and children, I think, destined to know little of the other’s truth. Perhaps that’s why nannies are around. We see what there is little inclination or time to see, being viewed as outsiders.

But that day changed things, didn’t it. I recall bribing you with a sweet to get you to unlatch your hand from the smudged glass. Earnest was snapping away, excitedly interviewing passerby, so I had to snatch the camera to reorient him. By the time I delivered you at the front door, you both were hot and irritated, ready to burst.

When Mrs. Llewellyn, your mother, floated down the staircase with her graceful arms wide open to you, she was shocked when you didn’t run to her. Earnest slumped against the wall, camera back in his possession but his fun delayed further. For your part, well, you took one look at her newly red hair and scurried back outdoors, a shriek barely stifled. I expect your brother, being three years older, was more accustomed to her stylistic alterations.

Well, of course she blamed me. Although she’d been gone for nearly six months that time, her antiques and antiquities book making money, her tours more successful, she wanted things to be the same at home. But everything changes when parents become scarce, your father on his own business, it seemed, when she was around and vice versa. I was there altogether, daily, too conspicuously present in your lives like cook Addie or maid Vera. But I was the root of the problem, Mrs. Llewellyn thought. She never actually knew us.

That day I did round you both up. Earnest sneaked off after her hug. You warmed to her as you did adore her, if inconsistently. I remained a few more years despite her misgivings, as your father thought well of my character and good intentions. You’d be right in saying he had grown appreciative of me. He knew you children cared and that I was attached to your small follies and victories. She, on the other hand, became less  convinced of my value each day and more taken with the notion that I was meddlesome if not a clear impediment to her serenity.

Three years later on a sunny March day I left when you were in school. The daffodils were blooming along the sidewalk and it hurt to see them so cheerful. I’d called a cab after being dismissed by your mother. A large check was  pressed into my hand as she shepherded me to my room, then out the door. I packed two bags and was gone within the hour. I wanted to call or write you and Earnest so many times. I worried you would believe it a complete betrayal of your trust but what was left to do? It would not have been wise. Certainly my letters would have been tossed in the bin. 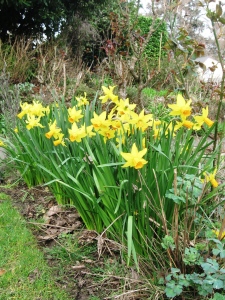 When you called me I was so happy. Never did I imagine, now that you are a young woman, that you would care enough, even recall enough, to seek me out. But I wasn’t prepared for your stinging words at the end of the hour. Did you carry this anger for so long?

I knew she would tell you much later it was because I was in love with your father. I was not. I cannot say what he thought. He was fond of me, yes, as employers can become. Did I admire him? Yes. Appreciate his winning manner and his kindnesses? There can be no doubt of that. But she sent me away because she could not manage to be the mother she wanted to be and I was there, reminding her every day with my presence.

Surely you know better than to believe I would jeopardize my position or upset your young lives. I don’t think for a moment you believed her. Your words after tea disturb me: How could you leave us to a string of strangers who taught us only useless rules of proper decorum? Why could you not have fought for yourself and remained? It was a boring, sad time after you left us.

It breaks my heart to take this in. But if I’d stayed, there would have been a different ending for us all. I would have soon lashed out, dear Harriet. Her coldness made me burn. I might have told her she was right, I could have cared more generously for her husband than she. I would have suffered while enduring her deepening suspicion and disregard, to see you children caught between two women who wanted what they could not have. Besides, I’d been at the center of your and Earnest’s lives for ten years. I knew enough to protect the love we three had cultivated. Better to leave and let the caring linger.

I have said too much but it has come to this. I’m not young anymore. You will go your way. Why not be honest and true to what I feel? If you cannot find your way back, I can accept what is. Would that I could have watched you two grow up, and kept my place secured in your happiest thoughts.

Please ring me again. I’ll serve you fresh tea and biscuits and we will pick up our story from here. I’m so curious about whom you have become! I know by seeing you that you are strong and will make your mark.

Quinton, my loyal tabby, and I shall await word.

I remain your loving friend,