We were heading out to Lake Winnatchee when I got a call about a party on Rinehart Road. The reception was sketchy but it sounded like Amy. The address matched. They have the best parties, what with the moneyed and the mad hiding out in the woods. I knew Karin and her folks well enough so I changed directions and floored it.

“What are you doing, man?” Janna narrowed her eyes and sulked. “The lake and a bonfire sound a lot better to me. The Winslows aren’t even that friendly.”

“It’s Saturday night. Why not check it out?”

Janna gave me a look. She likes plans. I like spontaneity and sped up. Her hand smacked my thigh so I backed off a little.

The trees were dense, the night thickening with darkness. Every now and then someone would speed by and honk, blares lingering. In Marionville it isn’t easy to go unrecognized, especially when you drive the only red Camaro.

“Everybody seems to know you, Tony,” Mick said. “Did you play football or something back in the day?”

“It’s the ‘or something’,” Janna answered for me. “First football, then just playing. That was well before me.”

Mick snickered. I could see his “thumbs up” in the rearview mirror.

If only he knew. Mick was Janna’s visiting cousin and a minor smartass. I was one of those guys who made a wrong turn, then got spun around. Too much business late nights, the kind that attracts cops. A couple of jail visits and I was cured. Or you might say Janna happened. She’s the sort of person who finds the best in people but won’t let on until she’s impressed by at least one thing.  We met three years ago–she’s from a town down the road. I definitely proved myself by expanding my family’s marine business. And she has talents, good at photography. She can flush out and shine up people’s true characters.

Mick rolled the window down. The autumn night was musky but sweet. Mosquitos were not yet gone and would cruise along with us if I slowed down, then buzz on in.

Janna craned her neck at Mick. “Roll the window back up. There’s the beach where we’re not having a bonfire, where Tony almost proposed but got cold feet.”

Mick snapped my shoulder. “You need to rectify that. You both passed twenty-one a long time ago.”

“She’s off to seek her fortune in the wedding photo business. Detroit, watch out,” I said.

“Well, it won’t be my own wedding pictures that make my name.”

I down-shifted and turned left. Cars were parked along a curve, a line that snaked a distance. The Winslow house was blazing and we could catch a few strains of music. A live band, maybe. We parked at the end of the row and got out.

“So, Tony, why do you think we can crash this party? What if it requires dress clothes? Look at us.”

I hesitated. Janna looked excellent in red pants with black sweater. Her boots held a sheen under the street lamp glow. I always wore chinos; dad required it and I hadn’t changed. Mick was more ragged in jeans and jacket. We’d know soon enough if we got in.

The front door looked taller and wider. I hadn’t recalled it being a deep red, but it had been awhile. I rang the doorbell and they rang out in a bass voice. It opened wide and we could see to the back of the house. Well, to the crowd. A short, balding man just stood there, drink in hand, smiling at us. His free hand caught the door frame for balancing.

I held out my hand. “Tony Arnell, Russell’s son. May we come in?”

“Of course! Come in and check out the fun. I will go in search of more sustenance. Oh, Carl here. Have the Ford dealership.” He shook my hand and moved on.

“We can go around the side yard to the back.”

“No, that’s too sneaky. What was this supposed to be for? Should have brought my camera!”

Carole Winslow scurried past the open door, disappeared, then came back. Amy’s mother, the hostess, full of good will.

“Tony Arnell! And…is it your girlfriend… Janna, right? Come on in–if you dare!” She looked us over, a gaze like a magnifying glass, then smiled her toothsome grin. “Never mind. It’s after ten thirty. Everyone is long past caring. My fiftieth birthday. I invited your folks but said they were off to somewhere else.”

Amy walked by with someone on her arm and waved. I returned the greeting as we stepped in.

“Well, so much better!” Carole shut the door and turned to a well-wisher.

We slipped through the crowd and made for the food, drinks and music. The band was good, though it played old standards, not my choice. Janna grabbed cheese and a sparkling water; Mick grabbed a drink and headed toward the band.

She ate and watched, took a swig, then looked at me with those deep-set grey eyes. They were like the lake in winter but shot full of warm currents. “Well, let’s join the throng on the dance floor.”

I was never voted even a good dancer but how could I turn down a woman who used words like “throng”? This was a large couple of rooms and the music echoed. I danced reluctantly, if moving most parts of my body qualifies. Several people greeted us, mostly known. Everybody looked giddy and didn’t comment on attire. I hoped Carole was happy with fifty. 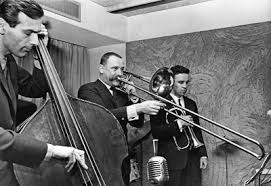 After a few minutes we danced ourselves out to the veranda where citron candles flickered. We shivered and stood closer, leaning against the low stone wall. My eyes roamed over the scene. I wondered if they had sung “Happy Birthday” yet. I could sing better than dance.

And then, there she was, like a hallucination or a dream.

Champagne-colored dress to match her hair, which was in her trademark upsweep. Her body swinging, her fingers snapping, eyes averted as she disappeared inside the music. The dangling earrings must have weighed a ton. As if she felt my stare, she looked at me. She stopped, patted the arm of the man opposite her and took her time coming over. It all slowed down, her walk, the dancers and the song. I started to go back in but couldn’t figure out how to avoid her so turned around and looked over the lawn–could we jump the wall?

I could smell that luxurious, sweet, decadent scent before she got there. It hovered, a warning. I waited it out.

Janna spun around but I turned only when I felt I had to.

“Gilly McHenry. What are you doing way over here in little Marionville?”

Gilly’s lips plumped like a big pink peony. “I am about to live here. Can you believe it?” She flashed a smile at Janna.

I started and blinked, then Janna stepped away from me.

Gilly slid her hand across the space between us and floated in closer. Janna took it, then let it fall. Said “hello”, then frowned.

“You’re going to live here? Off the beaten path?” I almost stuttered like a kid.

She laughed, that famous raucous sound hammering my nerves. “I am about to marry Neil Hendron. The real estate guy? Met him at a nice party in Traverse City and we hit it off. Imagine that–I told you I wasn’t long for single life!” She chortled. “I wondered if we would ever meet again, Tony, my boy.”

“Again?” Janna’s voice sliced the air in two. Her head turned to me. “Did I know that, my boy, and just forget?”

Gilly took my other arm. “Sure, Jan. We had a summer awhile back. A Traverse City summer fling, right? I think he was twenty-one. Or younger. But he was singing karaoke like a pro! This one’s got some pipes, you know that?”

“Yeah,” Janna said. Her eyes were going grey to charcoal.

I put my arm around Janna. “But, still, Marionville? This guy doesn’t live up here year-round, does he?” Please say no, I thought.

“No, just summers and week-ends. So I could see you on the  slopes this winter, right? If I get any good at skiing!” She fiddled with a stray strand of hair at her ear. “We might marry here, though. Something different. You should meet him.” She looked over her shoulder. “He’s quite a talker.”

I could feel Gilly’s perfume latching onto me, settling in. I worried that it would attract more mosquitoes. Her glow dimmed a bit but her eyes were still a shocking navy blue. Janna was biting her lip, not a good thing.

“Gilly,” I said, holding out my hand to her. “I’m glad you found the right one!”

Then we turned away from the woman with the spell-casting perfume, down the back steps and toward my car.

“It was that summer when you helped your sick aunt in Ohio, remember?”

Then she put her hands alongside my face and said, “Despite your lapse in good taste, I love you, anyway.” She leaned against the Camaro. “I wonder if I can photograph her wedding? She’d make a great picture!”

Janna’s dark eyebrows shot up. “Whoa, big surprise number two! Let me think that one over.”

“Okay….while I’m waiting, we should call Mick to come out.”

“Maybe Mick will bump into her. A thrill a minute for him.”

We sat on the curb and studied the October sky, our breath creating little clouds. The stars were having their own quiet party. We were just spectators. I sang a tune I’d heard the band play. Janna rested her head on my shoulder, where it belonged. I thought: that’s a “yes”.