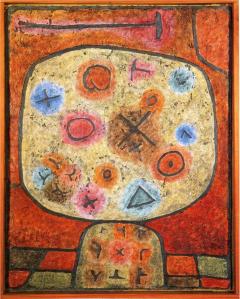 We didn’t understand Gene’s strange habits but we all had our quirks. He was studying archeology, a somewhat arcane but respected field. Our college home was a haven for creative types, thus our tolerance of “differentness.” Most of us were wrapped up in  practicing social activism, discovering love’s fruits and follies or mapping the most powerful trajectories to success. Also partying, more for some than others. I chased a few highs when I wasn’t studying film and theater but my main goal was to be discovered as the next magnetic ingénue.

The household was big enough that we had rotations for cooking, cleaning and organizing entertainment nights. Ten of us lived there at one point but six to eight was a better number with five bedrooms, two of them smallish. Gene nabbed one of the latter, a corner room with two large windows and a sweeping view of the neighboring house but a glimpse of street. He outfitted his place with a twin bed, an antique desk and three tall bookshelves.

We seldom visited him there. You could barely get in. The floor space was eaten up by folders of torn out articles, oversized books, personal notebooks and Mason jars of pens and pencils, random items like a tall floor fan even in winter and a stack of blankets because he liked to be toasty underneath them while the fan blew frigid breezes. I only peeked in a couple of times when the door was ajar. As a general rule it was shut. Keeping the community at bay. He made a sign in very small red letters: All ye who enter will be taxed according to hierarchical law. Who knew what that meant? Gene wanted his refuge free of disruption.

I was responsible for vacuuming every five weeks and I admit it scared me when he refused to allow it. He did own a dirt buster handheld vacuum. But one time his half-opened door allowed a glance. The room was teeming with objects. The first caught my ear: a wooden chime that hung from a nail on the door. I saw a nicely framed print of a Paul Klee painting atop a set of dusty speakers. Four fat pillows slouched in a corner, next to an upturned crate. Inside it was an assortment of snacks, wrappers, an old transistor radio and candle stubs plus new votives. A box of matches was in a coffee can along with two ripe bananas. I nearly called a meeting to discuss fire hazards but I trusted Gene. He had a half-dozen votive holders beneath the crumpled cellophane. I deducted that he lined them up on the windowsill, as I had seen the flickering glow from the sidewalk. I backed out.

Travis, his one decent friend, told me that under the bed Gene stored shoeboxes of labeled items. Inside were a motley gathering of stones and insect specimens and mosses to political and religious pamphlets he picked up around town to a variety of buttons that had come off from random clothing, some of them his own. I wondered if my missing aqua sweater button might be in there. When you’re a scientist everything must seem collectible, something to categorize.

I didn’t dislike him. On the contrary, he was polite, dry humored, and full of lightning-quick ideas. He was okay to look at. It was clear he was brilliant. He irritated a few when he brought home unknown mushrooms and some metal odds and ends in one of our new coffee mugs. Gene thought it a strange thing to be mad about. I bought him his own mug. It had three golden pyramids gleaming against black and cost me two dollars at a second-hand store. I left it at his door.

One fall day I was debating whether or not to see a Truffaut film or practice my lines. I’d just landed the role of Nora in Ibsen’s play The Doll House and it weighed on me even though I was thrilled. Nora drove me to despair with her quiet suffering, her willingness to be her husband’s “pet” until she could bear it no longer. How could I find her secret strength? 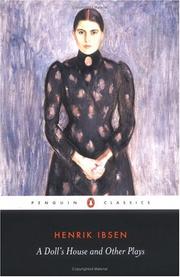 Gene entered the patio, sat across from me on a bench, leaned back and yawned.

“Taking in the sunshine?” he asked. “I feel like a mole  out here.”

I was taken aback that he was talking to me, a lowly actress. I hugged my knees. “I’m pondering a part I got.”

He sat forward, hands dangling between his knees. “Oh. What?”

“Nora in Ibsen’s famous play. Her subterfuge unnerves me and it takes her three acts to leave her husband, all the while letting him minimize her value. Then he was appalled by an error in judgment  she made–and for his sake.”

I could see he knew little of Henrik Ibsen. I was leaning toward seeing the film.

Gene  stood and paced. “You do know it premiered in 1879. Ibsen believed women had no freedom to become themselves fully and were misunderstood. It was based on the life of his own friend, Laura, a writer. Only she was committed to an asylum thanks to her husband.” He cast me a sad look. “But the play grants Nora some dignity in the end and she makes a terrifying decision. Ibsen’s friend later became a well-known writer, did you know that?”

I didn’t know how to respond. Of course I knew the basic sociological facts; I’d been studying the play. I didn’t know abut Ibsen’s friend, how her plight moved him to write the play. That Gene knew it all was astonishing to me, yet not quite as amazing as his speaking to me.

“I appreciate most art and science, and see history as a vast compendium of tales and treasures. And I admire Nora’s bravery. The cost it carried.” He stopped pacing and sat down on the edge of his chair. “But what I really wanted to do was say thanks for the mug.”

“But it was. I love the pyramids, those times. I plan to visit. It was kind of you to think of me. No one has bought me such a thing before. ”

He slouched in his brown T-shirt. His shaggy hair was ruffled by a whirl of wind. But his eyes were focused on a wooly bear caterpillar between us. 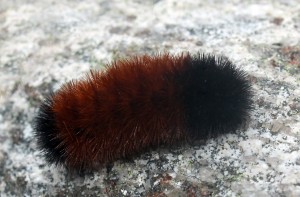 I felt foolish. How I had laughed over his habits, said nothing in defense when gossip flew. And he was grateful for an old mug, one with faded gold pyramids. I got up and knelt by the caterpillar.

“It should be a very cold winter–look how fluffy, and that big orange stripe. That’s what I always heard.”

“Could be,” Gene nodded. “Old wives’ tales can be accurate, which is why they have survived over time.” He stroked his whiskery chin and nodded, it seemed, at the caterpillar. “Well, do your best by Nora.”

He stood up and walked away. Did not look back or wave. He didn’t say anything much to me later. I caught myself watching him at times but soon gave up.

The snow arrived early and heavily, and that was the reason why I poked my head into his room the second and last time.

“Well, what about this weather?”

“I know,” he said, “our wooly was right.” Gene had a Cardinals’ baseball cap on backwards and tipped it at me, then went back to his book.

I almost walked in. There were things I wanted to ask about. Tell him. But he was taking notes and there was no room for me to sit. I closed the door just as he glanced up, eyes questioning.

Soon after he moved to a studio of his own. I missed him behind that door. I hoped he’d attend the play but never asked. Nora had become a valiant creature but also a symbol of the dangers of being held hostage by a lie. I wanted to live truthfully.

I often wondered what good might have come from a friendship with Gene but life went on as it does, rough but generally manageable. In the end it worked out well enough.

Years later, after I’d joined a theater company in San Francisco, I was in a newly found bookstore. The bookseller recommended A Collegiate Compendium for the Less Likeminded: Essays so I read the author’s blurb on a Eugene Masterson. I sat down. It stated my old roommate had a PhD and had published articles on Mongolian and Egyptian artifacts. In the photo he was seated at a cluttered table in a tent. In his hand was the mug with three golden pyramids on it. He was lifting it up as though making a toast with an unseen person, and he smiled just enough at the camera. At me. I held his book close, then took it home. 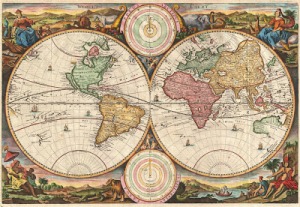 4 thoughts on “Artifacts, Ibsen and Me”