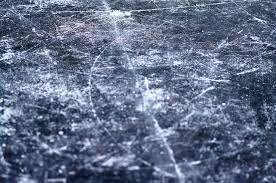 At the gym I start to think about the Olympics, my primary spectator sport. I am excited about the athletic prowess I will witness but try to follow each difficult and elegant move of Tai Chi in my class. Then I work up a dripping sweat on a treadmill. I have brought a psychologically probing mystery (Ivy Pochoda’s Visitation Street) to read as I briskly walk. I once made the mistake of responding to someone who had something to say about everything. Talking and power walking do not mix well.

I glance around at the end of a chapter. Twenty men and women, mostly past forty, are huffing their way towards a goal. I like the environment there. No flashy decor, no semi-pros or perfectly proportioned folks to daunt the rest of us. Twenty-five years ago I had engaged in intense weight training, so understand the propelling desire. But in this gym we still mean business. Not even close to that territory Olympians occupy much less the same mental zone, granted, but still, it counts. I am grateful to be among those who take ordinary well-being seriously, no matter fitness level. I attend Zumba weekly, dancing and working with concentration and pleasure. I appreciate the eighty year old woman who is more excited and committed than younger attendees.

But I have to tell you, the tightly packed rooms, the sounds of thunderous feet on treadmills and harsh clunks of barbells, the raucous redundancy of stationary bicycle wheels–all this gets to me if I stay too long. I work two hours to make it worth the fees. By midway I am wishing the televisions would die and I was hiking in the woods. Couldn’t there at least be a video of a trail through the forest or across a mountain meadow instead of CNN or a game show? Hence, another reason for a book. But I long to be outdoors. I engage in this extra fitness routine only at the behest of my cardiologist.

I wrapped it up a bit early in the morning. I had heard we were getting snow in Portland, a wild event. The rest of the country has been wrestling with polar vortexes, but Oregon has been in good shape, sunny and dry for weeks. Daffodils already arisen from the earth. Snowdrop flowers shimmering amidst forever-green grass. This winter the rain has been a bit scarce and I have missed it. But, really, snow?

It hit me as soon as I walked out the doors of the gym: snow swirling and stinging my face; that bright, sharp scent; flakes landing on eyelashes, melting into damp spots on my cheeks. I caught my breath. Wind drew my long hair across my face as I unlocked the car.

And I was transported to Michigan, thrust back to my youth.

Even though I, like my siblings, was studious, focused on developing musical abilities and given to somber introspection, I had an abiding need to be outdoors. Like children everywhere, I loved my serviceable bike, a blue Schwinn, and traversed streets and sidewalks, excited as a world traveler. My legs needed to stretch and sprint. Although not formally involved in track and field (though I did race–and often beat–the boys in our elementary schoolyard) I challenged myself, running races with friends. Neighborhood games were spontaneous: “kick the can”, “red rover, red rover”, playing baseball, volleyball and badminton. We had to move. Not even television snared us for long. The big maple in my back yard was a favored refuge–like a jungle gym and a good spot for the swing. It was a mountain to conquer. I was fascinated by trapeze artists. I dreamed of their routines, hands to hands or feet across treacherous gaps of space, then tried out moves on rings and swinging bars at parks. It felt amazing.

Ice skating called to me at six or seven. I found the speed exhilarating and mildly dangerous. The dancerly movements mesmerized. I had studied dance, felt deep kinship. Before long I was studying figure skating, performing at times, competing. It demanded discipline. Built stamina and increased courage, not only physically but emotionally, mentally. Nothing but feverish illness could keep me off the rudimentary outdoor rink, the snow a backdrop to challenging figures, falls and successes. On skates I was lifted beyond all cares, and felt free, powerful, joyous. This enchantment lasted until I was about fifteen, when life distracted me, and music had become more time-consuming and crucial to me. But I skated when I could. To this day, lacing my skates up at the side of a rink brings a thrill. And once on the ice this world falls away; I am granted entry to another kingdom.

When I got home and watched snow drift and whiten our emerald city, I was taken back to years of tobogganing. The two icy runs in the deep greenery in City Forest were fast. Waxing the underside of the wooden toboggan augmented speed significantly. My mother was worried we would fly off and break our heads. Some occasionally did fly off; I was lucky. Four or five of us would squeeze close, hold on to the one in front and when pushed off would howl and scream our lungs out. The rush was beautiful, well worth bumps and bruises, the aching hands uncovered and slowly heated up in the warming house.

I more completely lived outdoors, or so it seems in retrospect.  I pondered life plenty, practiced cello and voice, studied for tests and topics of my choice, wrote poetry and stories, drew things and worried about surviving that netherworld of adolescence. For me, it was like trying to navigate quick sand. A survivor of childhood sexual abuse kept secret, back then I was haunted while asleep and dogged by its specter by day as I also resolved to meet standards set by a high-achieving family and an unusual town that was full of exceptional people. It was critical to move beyond myself and to vacate the confines of artificial place, to further call on Spirit as well as my senses to realign life. I had a wound from which soul and life bled. It had to heal. Delving into the complex organic world and finding my place in it assuaged grief, granted grace often. Even saved me.

I knew that being fully present while developing strength and reflexes, balance and agility held power that nothing else could offer. I felt it as a child and youth; everything worked right. I explored a small woods that was a maze of elegant birches and other deciduous trees, weaving through trails brushed with sunlight and shadow. The creek that ran through it and beyond was a gentling presence as I studied blooming things and rocks and gathered leaves. Sang back to birds. Tracked garter snakes through weeds. I also daily visited the tree nursery just behind our place. There were hours of uninterrupted sanctuary and play. Staff nodded and smiled, my co-conspirators.

I had other playgrounds where work also determined my time. I spent several summers as an arts student at National Music Camp, known as Interlochen, in northern Michigan’s forested lake lands. It took who I was and shaped me more deeply and broadly. It gave me a literal steady ground from which to better launch my life. It was a place where dreams came to fruition more each day, with extra gifts of  lake living, the trees a canopy of delights. Music flows from and returns to the Creator outdoors.

God, ever near, spoke to me more clearly outside, in that wordless language of Spirit. I experienced how well my body served me even if there was also pain in having one. Senses bring knowledge, build skills. Conditioning of mind and body result from discovering possibilities and pushing limits. Sports and play were then, and are now, good ways to learn. Courage arises when we are at our most weakened. This was surprising to me as a youth.

As human beings, we are built to fight for what matters most; we are made to embrace the difficult as well as the blissful. I was not going to fail because I was unwilling to take a chance, to seek a better way. To find the holiness in the midst of the unholy is the way I choose to live. There is nothing between me and a life lived well but what I put there. Wholeness is our birthright.

I hiked at a state park a couple weeks ago, before we imagined snow coming. I left my husband behind, I confess. The hilly trails and giant moss-clothed trees beckoned like dear companions. My heart beat hard. Birdsong imbued the air with ethereal communiques. Sunlight drifted into microcosms and macrocosms and onto me as though a welcoming hand. I was profoundly at peace, as always.

I can now see the snow accumulating beneath a lamppost. Someone is cross country skiing in an otherwise empty street. Her long strides are efficient and smooth. I am envious. I remember that and snowshoeing at a place called Rattail Lake. It was one of those weekends full of friends, snow, a roaring fire and late night philosophizing. We were bold college students, aflame with life. We thought we had forever. But that reminiscence brings me back to an abiding passion, ice skating. It is time to get out there again, skim that field of ice, revel in the guidance of body and soul as they liberate joy.