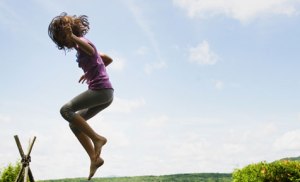 I find myself yearning to play putt-putt golf and Frisbee and know they’ll happen before fall. But, even more, I’ve been thinking alot about “Kick the Can”. It’s summertime and children periodically flood sidewalks and streets around here. Released from regulations and many constraints, they’re eager to skin knees, acquire grass-stains and tans, to race, dive and leap. They want to play, whether six or sixteen, an impromptu tag around the house or rigorous basketball on a court. I know that feeling, still.

Games of many kinds have always drawn me. The more inventive games captivate my intellect though simple ones can be just as exciting, particularly when played with others who share my enthusiasm. I’m not a serious card player (rummy is my speed but we like Yahtzee and Uno, too). Many in our family appreciate board games. Grandchildren have had no choice but to learn Scrabble, Parcheesi, Checkers (regular and Chinese) and Balderdash. Games teach cooperation, encourage friendly competition, enhance independent problem solving. But mostly, they’re fun.

Earlier in the summer two of my grandchildren and I were shopping when they spied a bag of cats’ eye marbles. Since they are nine (grandson) and twelve (granddaughter), I resisted the urge to cry out and jump up and down. Marbles! I hadn’t seen a decent bag of such beauties in far too long. The grandkids enjoy playing various games and they also found the marbles curiously attractive. They’d seen them before but didn’t recall having played a game. How could I have not exposed them to the fabulosity of marbles? I promptly put them into the cart.

Once home I dumped out all the shooters and mibs (the target marbles), then arranged them on the carpet. I noted I had owned a few steelies in my well-rounded collection. The action was about to happen when I got stuck in the process. This was one game I hadn’t played since sixth or seventh grade. We looked up rules and game variations, then played several simpler rounds. They bumped and jumped the mibs but kept all in good order. I wondered at their restraint, remembering how fierce and strategic good marble players were. It was a happy couple of hours though I informed them it would be more engaging if we had a big hard patch of dirt or large cement expanse on which to attack the mibs. Living in an apartment now, we have few outdoor spaces for children.

Being outside calls me to different undertakings. I recall all the games I still enjoy as well as those I once played. Born before electronic devices dominated peoples’ every waking hour, I was part of a generation entertained by free or cheap entertainment that easily included neighborhood friends.

“Kick the Can” was a favorite warm weather activity we undertook in the freedom of the outdoors. A cross between tag, hide and seek and capture the flag, it can be played nearly anywhere outside. My favorite place was down the block at the Hensons’ huge side and back yards. One of my best friends, Bruce, and at least a half dozen others converged around dusk. As the sun went down, we revved up even more. The evening was punctuated by easy laughter, occasional squabbles that ended in an altercation we took care of on our own, and the metallic bashes of a tin can being kicked high by tennis-shoed, sandaled or even bare feet. We played until our breath was ragged, sweat flowed in rivulets down our backs, and muscles tired. Or until we got hungry or were called home one by one.

Kick the Can goes like this. Any empty can (or one with a rock in it for more noise) is set up in the middle of an open area. The person who is “It” counts as the others hide, then looks for them while keeping an eye on that can. “It” spies someone, calls out their name and they both race to the can to see who kicks it first. If the hider kicks it first, he or she gets to hide again. If the “It’ person kicks it first, the hider is sent to a designated area called “jail.” Any hider may risk being caught and race to the can to kick it–this can free those jailed. When successful, the runner calls out “Olly Olly In Free” and the jailed mates run out into the yard.

I have heard the proclamation originates from “All Ye, All Ye, Out and Free” way back in the late 1800s, but we never called that out. There are several interpretations, such as “Olly Olly Oxen Free” which also is likely a garbled version of the original. I always felt the phrase we shouted was a vital part of the magic, words that sprung the prisoners and got us going for a new game.

We were attached to the game and each other. During the school year we might not cross paths as often; some might be a couple years ahead, others could run in different crowds. But from June through August, the neighborhood was our kingdom. We made alliances, realigned, made pacts, promises and teams that could alter night by night, only to re-group for another time, another year together. It was being at home in our small world. It was being an integral, impactful part of a familiar whole.

My father loved games, even designed and crafted a few. Two sisters, two brothers and I–and sometimes my mother–joined in. There was always something to do when my friends came over. After snows melted and thunderstorms abated, we hung around in the back yard. It was not as vast as the Hensons’, yet seemed big enough for most things. Hanging from an overarching maple was a wooden seated swing dad had hung when I was a toddler. A basketball hoop on the garage was worn out by us all. A small cherry tree bloomed in the middle of the lower yard; we tramped a path that circled the pretty tree just playing tag. The back of the yard was bordered by tall evergreens and bushes good for hiding.

We couldn’t play baseball or kickball well unless we crossed our property line and entered the tree nursery grounds into a meadow. We did play horseshoes, croquet, badminton, dodgeball, red rover, tag, red light green light, waterballons, bean bag toss, ring toss, Mother may I, horseshoes, hopscotch and held hula hoop contests–to name a few. And played marbles on the sidewalk that led to the garage and yard or on a bricked area where we later set a round table for summer barbeques.

Bored? I don’t recall the feeling much. If I was and bravely voiced it, there was no sympathy.

“Find something to do,” my parents said. “Use your brain and get busy.”

If I close my eyes, I can smell the fresh-cut grass and stirred up dirt, hear the susurration of leafy branches overhead as shadows striped the yards. Shadows creep across the Hensons’ lush lawn. Grown-ups call out as they check on us from doorways and porches. My siblings or friends rush past, reach out to tag me, call my name. We conspire to save our buddies from the jail, furtive hand signals allowed only. We each live in the cooling, egalitarian shimmer of summertime, inside the present moment. All for fun, for the shared cause of a game.