My spouse and I were headed toward a collision of words the other day about, of all things, language. I will try to approximate what occurred one evening as we executed a moderate skirmish.

So you can better create a picture: M. is the one more often silent for long periods, who is never genuinely gregarious, who enjoys solitary living more than interacting with other people. He adores ideas that bound toward him like rambunctious puppies or barking beasts. M. is such a devoted thinker that sometimes I swear I can feel his brain’s energy burn hot all the way from a room down the hall. When M. stares out the window he is not staring out a window. He is working on conundrums brought home from work; he is questioning just what or whom he views coming down the street; he is chiseling his way to the heart of a curious advertising slogan, a songwriter’s lyric, a phrase of Scripture, a riddle left him from whatever was read earlier that day or last week. My spouse daily is seen taking notes in one of a sundry of notebooks, jotting down ideas as if they are magic cyphers. He excavates solutions to knotty problems for his job and if I suggest he try going to sleep now, he replies zestfully that he is getting closer, ever closer.

And what about me? Well, language attaches itself to me even when I hang out the sign Do Not Disturb. I often speak even when the tenor of a gathering suggests it may be better to stay silent. Written or spoken words want to construct new pathways and relationships and ignite sparks to illumine corners and just dance about in a garden, any garden at all. Language–even someone else’s–is a raft that floated me down a fabulous river as a kid and it  still does the job.

As any writer comprehends, I’m a story-teller who wanders about a wild and open land populated with feelings, circumstances, geographies, states of mind, startling events, and cosmologies I imagine but can barely describe. Then it all manages to coalesce into my writer’s voice, my particular language, and thus forms a tale. A glance at a scene at a bus stop can morph into a whole world: She was leaning against the post as if it was holding her up, as if her oldest friend had left her with Righteous that obese white cat, a tattered copy of e.e.cummins’ last poetry collection, and a kiss blown into the wind. And, indeed, that was all true. Despite her deep belief in the incorruptibility of loyalty. Despite her wishing otherwise.

I’m on a quest for my own enigmatic rabbit hole–an adventure!– and so must find each right word to get there. They wait for me to be picked up, dusted off and given some vital (even if minor) role. But this is all just for me, the writer, selfish and greedy as I am about words. I know sometimes less is more or so the critics say. But I seek and treasure them like they are manna from heaven.

Before we started to enter this charged conversation, M. and I were of one accord. We agreed as we always do that language is as difficult as it is easy, even when it is one’s homeland language. I not infrequently feel that he and I–and all others–speak with a very different understanding of the same words. And vice versa. It may bore some, but M. and I love to discuss the etiology of words, their multi-layered definitions and how a slight inflection or an altered rhythm can change the course of a sentence as it travels to the mind or ear of the reader or listener. It may land with a crash. In context one single word means one thing, yet in another it reveals another universe. No wonder people miscommunicate even in their native tongues. Interpretation seems the mightiest force at work.

And then he said: “A writer or speaker can change a person’s very life.”

“The ideas might ignite deeper questioning,” I admitted. “The feeling behind the words might move someone… if they can empathize with them. Or if they are vulnerable somehow.”

“No,” he insisted, “words are so powerful that they can change someone’s innermost being.”

“Hmm, well, I think they can carry great weight but they aren’t supernatural. I can’t change anyone with my words; only the person can change himself or herself. If our words have any value others use them as exploratory tools, and they develop greater insight, don’t you think? Or if they touch a person, one can allow this to stimulate and open heart and soul. Or not. Language is a worthy exchange of energy only if a listener or reader accepts it. The words and receiver both gain something more then.”

“What? How does language gain anything? We are the recipients here. And we make language happen and evolve.”

“To me, language is empowered by the person taking it in. Otherwise, it is meaningless. Just a harmless story, a passing thought. Bottom line: a grouping of syllables. Unless we ascribe greater meaning that is personalized–”

He leaned into the oak dining table. “I’m saying language has managed to change history! It can electrify the masses. People think, feel, react to words and, thus, they do alter the course of human life.”

“I don’t think we’re so fundamentally opposed. I see where you’re going. But I’m still thinking it is primarily one’s deliberate actions that makes the change happen. Not simple words that give pause.”

“My point: without the instigating words, no change might be even sought. Cause and effect–language cannot live without it, nor can we.”

“Yes, yes…” I breathed an inaudible sigh. “I am not convinced my strings of words could profoundly change one person. And there are a myriad ways people are influenced in life, that they can be spurred to take action. And in my case, perhaps only I am moved by my own words, no one else. Is that sadly narcissistic or…?”

“How odd an idea! Well, all creative people are to some degree narcissitic but that’s another theme altogether. No, you have much to share about life, about your experience of God–you can affect others’ lives so you need to share that.”

“Maybe. More likely not. I think you are more hopeful about the miraculous power of language than am I! I don’t think people can change so easily…”

“Maybe so. It’s weird. You’re the obsessed wordsmith. Yet I may have been more directly altered by reading another’s words, according to you.”

And so we continued until—well, we quit. There is no right or wrong here; we each had points. We let it go and all that language pulled back to rest awhile, out of harm’s way. I still maintain that we humans give language its full and true life by the design work of our particular perspectives. Our experience, knowledge, insight. Love or growing interest or hate. Hope or despair. Understanding or abysmal mismatch of ideas and feelings. Ambivalence. And then when we are ready we change ourselves, with the help of God, I peronally suspect. And other human beings, whether on paper or face-to-face.

I thought about it a week–M. is not the only one who cogitates long and hard. And the conclusion I have tentatively come to is this: as a writer, language may primarily change me. Just as an athlete loves to shoot hoops or run a race, I love to exercise the language center of my brain. It beguiled me from an early age. It may have been my mother’s expressive telling of everyday tales that started it. It might have been my father at the dinner table, sharing what he read with meticulous verbal offerings. And his interest in our response. The books I read contributed, of course. But language set all the hormones of well-being rising and I wanted to take charge of more of them.

Deep wonderment bloomed as I took pencil to paper and jotted down my first letter, clean of eraser rubbings. Then came a first poem, then an attempt at plays and stories. All I had to do was imagine things; language would lift and steer me into the domain of creation. I could make known my thoughts to another, but first I made them better known to myself. And that writing–even the secret journals I hid under the bed in a locked, handmade wooden box–freed me from the constraints of time, space, situation. I felt no boundaries hemming me in. Perhaps there were (and are) philosophical or moral boundaries edging in, as we are shaped by our beliefs. But otherwise I felt liberated, neither female nor male, young or old, heroine or villain. Or vicariously became all of those and more. A free agent or, at the very least, a participant in the bright illusion. It seemed worth the effort either way.

So what of M.’s words? I know he feels he has been changed in irrevocable ways by things he has read (or heard). He mentioned a writer, now interestingly forgotten, who gave him hope when he felt bereft of it. It was something like: “Return to the last place where you knew you were okay.” I was silenced by this; that concept was a touchstone for him that became pivotal.

I’m not altogether sure why I don’t find such experiences to be as useful to me. Whose words made such a difference that it transformed my life? I could name a gaggle of writers including several songwriters who helped me along divergent pathways. And there is one phrase that is simply part of my daily lexicon: God is Love.

But words beyond that? Wait, there is a phrase written by the poet Rainer Maria Rilke in his poem, “Archaic Torso of Apollo.” The majority of the poem the narrator might seem to be musing on an ancient statue of Apollo. But the last line grabbed me and has held me to its meaning: “You must change your life.” No one else, I thought; yes, I can and must do the work.

Perfect for the closing of this post. We must change from our own need and desire yet language can potentially guide us this way or that. For me, the truth is that words bring a modicum of fulfillment more often than not. From them I can even find a treasure trove of happiness. Even in quiet they are thrumming along somewhere. And that’s just as I’d always hoped. 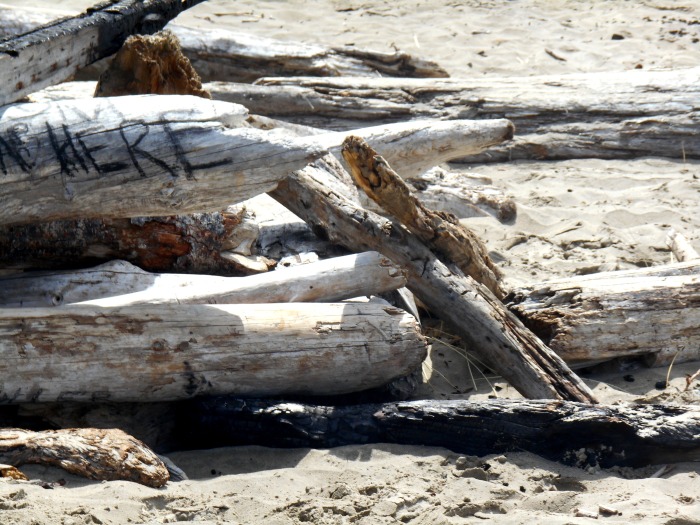 11 thoughts on “Language: a Currency of Mind and Heart”