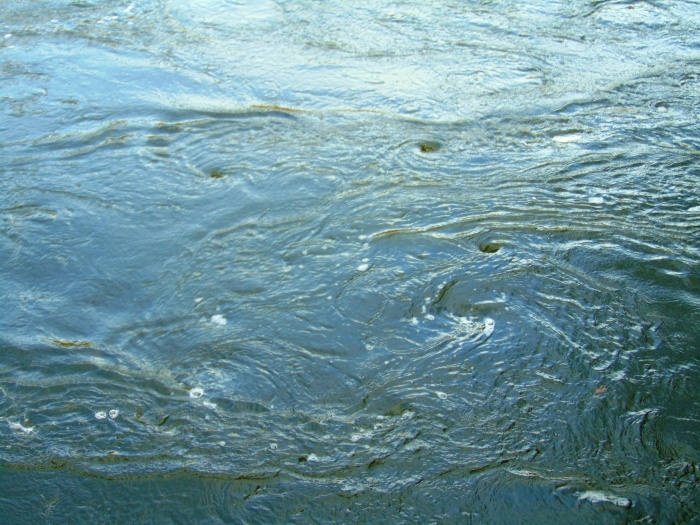 I feel flummoxed, a little unmoored. I would rather not write, rather not release one drop of thought or feeling against the whiteness of this page. But language attends and surrounds me, rises and falls like a sheaf of leaves, a cascade of dust in pale light, a congregation of small letters that pile up within that center where who I am lives. Words that cannot measure the breadth and depth of much besides themselves. Some days. Others, they sing or open or rest with the elegance of swans upon water.

Today they flutter, unable to settle. I risk saying too little or too much, more than usual. It is not my strong point, ignoring what wants to be made known. But this time too much trembles around me. It is vast uncertainty that brushes against the waning light and I am captive. I know its capacity; who does not? Nothing is rock solid unless we deceive ourselves. Our births and deaths are certain, isn’t that all? I have not lived the safest life so uncertainty has been familiar, this sense of standing on a precipice and wondering about wings and feet. Knowing it can be done, the falling down and also the rising up. And standing there, breathless, contemplating a myriad possible vistas. It comprises enough of life. I am all in, one way or the other.

He had day surgery like so many do and it all ended not quite right. Medical expertise seems at best a guess based on past similar circumstances and calculated interventions. There are exceptions to any expected outcome. The body is a puzzle, so intricate it surely is like a holy secret in its design. Also: not infallible in its response to all events. And when there is sudden interruption, if wild card factors find their way into the mix, there can be chaotic complication. There was trouble six months ago and more now but they each make zig zag points. No full clarification as on a graph, which he would love to see. Meanwhile, who can be held at fault? Caution can create issues in health matters; risk creates issues, too.

I sat by his bed and listened to his informed silence–a man who reveres statistics as the rule, not much else to add in any crisis. He rested impatiently; there is never time, we believe, to be less than able-bodied. Life demands we stand up, move forward. The hospital bed and flimsy gown clarified: we were/are not in power. That blank room comprised another, figurative cell. An affront. I looked through the one rectangular window, hand touching his hand.

Sometimes we do not acknowledge much less speak of fear–other times it blares at us, but I was not aware of it for several days. This is the way we do it, take in and digest in small bites, do as told, ask smart questions, wait. Rest until rest feels elusive or heavy and pointless. And for me, sleep between the sleepwalking of each day, when everything is opaque, a blur of form and light. I was the ambulatory person yet sat and gathered time into a net of overlapping details, seeking presence of mind and strength for the next batch to catch, sort and tally.

Then, a corner rounded as improvements were noted. And finally, at last, home. Still weak. Such comfort for him again to read, hear music, eat solid food, watch junk and antique buying or gem mining or hunting shows. Later, a slow walk down a couple of blocks felt a tremendous distance and I tucked him in to walk alone awhile, head empty and lungs and eyes full of vivid autumn. And then attended to him, took care of business. My hand to his face and hand, eyes meeting eyes. Mind to mind, yet still apart. Talk easier when there is that taste of relief but the greater reality is a hard edge pushing against vulnerability. We had need of softness, a break. A cocoon to pull about us.

A daughter called from far away last night when we went to the corner cafe to order chicken tacos. She wanted to know what we knew and how we were. Her anxiety and love were so real I felt the heat and tug of her. I hadn’t experienced things that way, not really–that pressure of fear trying to break open damp, chill, quiet nights, her voice carrying–did all the children sound that way?–worry. And then I did. That is what people feel, isn’t it, when they are not clear all will be well. Yet a boundary between this moment and whatever is next was set the night I took him to emergency again. That call broke apart the intense calm and rightly so.

He has not been ill, not ever–only a virus here and there– until the past year. My own living can be mapped in part by medical events over many decades: I go into serious crisis and survive and recover and go on. One gets used to being felled despite one’s will; surprise is known more as resignation. It can always be worse, thus far. Mortality and frailty do not shock me. I hold high regard for the body’s restorative powers. And work and fight hard and long when meeting obstacles. Dealing with chronic medical issues prepares you for much. Not all. So now I am meditating, looking for a moment of refuge while trying to be present for him.

This isn’t my health, it is his. His that is tricky with incomplete family information, people gone or missing or adopted. So this is my viewpoint and he has his own. I am an intimate bystander to a large degree, if also his best friend, spouse, household manager, life cohort. A person who works better with a rich lexicon to define and nail down. Tell me what something is named, how it sounds in a paragraph; let it set on my tongue, take hold of a conversation or page. He wants numbers. An engineer, after all, a man in love with mathematics’ beautiful abstractions and ready equations. Hard evidence or a researched forecast telling his tales. He dealt with matters in just this way: he noted his own comparative data on the dry erase board and presented his own conclusion. The doctor, also a statistician, did not find faulty with it.

But I float away from that sentence now as I think of him at work today. Gone back far too soon, I think. Feet dragging while his brain is engaged, work to be done, to be done, done. Tackling things, in control, being in that role best grasped. My intuitive response and stubborn reach lost their grip as he headed out. Let me go into all front lines, I want to shout, I’m the steadier now.

How uncertainly things unfold as we plan, convinced of the next right steps. I have a tidy daily agenda but it is blank today. I’ve found myself attracted to clouds above on my walks, as if their shape-shifting can reveal something more. There is wisdom and it is within reach if only I can bring it closer. My spirit clings to the universe and to God with confidence as the days go on. But I still feel a sense of helplessness creeping in.

What is the more complete picture of his health? When will causes and effects be utterly exposed? How to field questions that assail me like startled bats streaming from a cave? I look at them and know they are necessary and know they mean no harm. That they are preparation for greater knowledge and a clearer route to take. Sentences that end in question marks are guides for mind and life. But I am a human being. I am made of heart. We are both made of heart. I do not want more harm but no one ever does. 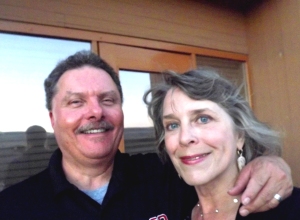 We are older now that we ever have been, that’s the truth as well. We’ve been musicians and student protesters, poetry makers and helpers in the struggle to alter sexist and racist barriers and educational systems; raised several children and cobbled together good careers. We’ve figured out lots of things the tougher way. Our own peculiar and meaningful lifestyle has evolved, just doing what most do. But then something unaccounted for stirs, slinks into sight or grabs us by the throat. We come to attention and turn on the light, gather our resources and might. And we also gaze into the face of  mortality with each passing year. Welcome or not, there it is. We dig for the richness in it if there is any hope and faith at all.

Perhaps soon it will all be better illuminated. It may be discouraging or bring a deep relief. It adds up to more lines in a chapter of our life together. Who can say what awaits us any day? Uncertainty is a hallmark of being alive; it challenges, it disenchants. I determine to move with it; I will stay the watch as have done before.

I didn’t want to write today; writing wanted me so prised the words free. And, too, I danced my thoughts and emotions. And walked long and far, no camera for once. Found myself humming then singing an art song I performed long ago. The music was composed by Samuel Barber and the poem is James Agee’s. Somehow it says what needs to be said as I finish this. I leave you with it.

Sure On This Shining Night

4 thoughts on “A Confession of Unwanted Uncertainty”