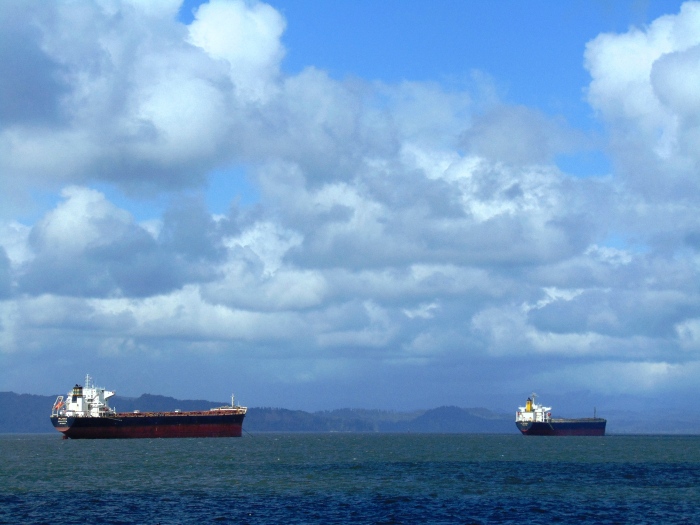 So much to write, so little time to get it written! I do feel an increasing desire to move on to topics other than our four day coastal trip. But patience, I counsel myself. There are more scenic pickings, as there were more excellent times. I never get tired of this route along U.S. 101. Note that most of the first shots across water are from the perspective of looking across the river from Oregon toward the state of Washington, one lengthy, impressive bridge span (4.1 miles long) away.

We arrived at Astoria, a bustling, important West Coast harbor where the Columbia River’s muscular currents of fresh water meet vast and briny Pacific Ocean waves. What a powerful thing it is to see and muse over. I hold deep regard for the essential pilot boats and captains, U.S. and international cargo ship crews, fishermen/women (gillnetters have a long history here) and the hearty souls who work for our critically important Coast Guard and rescue so many all year ’round. And too, there are attractive cruise boats on which I’d love to travel (hopefully next year, after a train ride to Astoria from Portland). From Astoria on the Columbia all the way across the state and to my city (settled along the intersecting Willamette River), all is carried from sea to various ports.

Astoria is the oldest American settlement west of the Rockies. It also is a major international harbor with one of the world’s most dangerous crossings from ocean into river’s mouth.  That distant, very small pilot boat is guiding the freighter toward the mouth of the Columbia River, then through an ever-shifting sandbar and into the Pacific. You will note the waiting and readied Coast Guard ship; a beautiful cruise boat (“Un-cruise Adventures”), with the last picture of the Lightship Columbia, now decommissioned. From 1892-1979, there was a lightship stationed at the entrance of the Columbia. Five miles out, it was a virtual floating town with tons of supplies and a large crew for long stays. 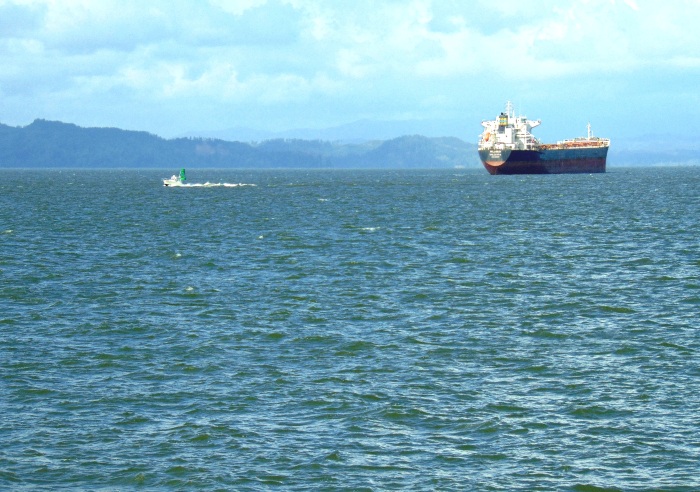 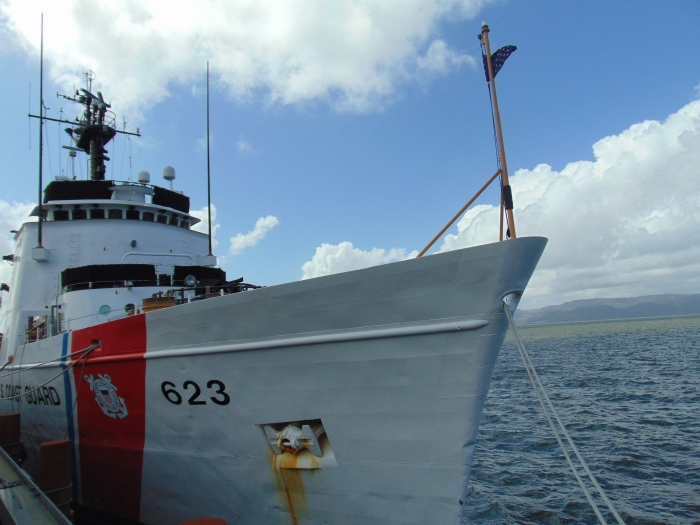 A brief look at the small city’s downtown shows a couple of examples of its old style with a few shops. We stopped at Rusty Cup for coffee; note the window’s sign. 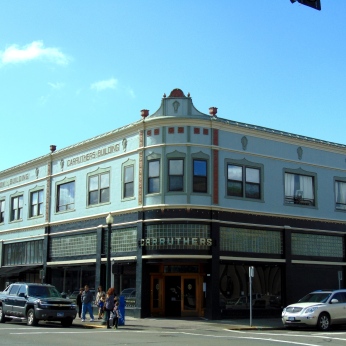 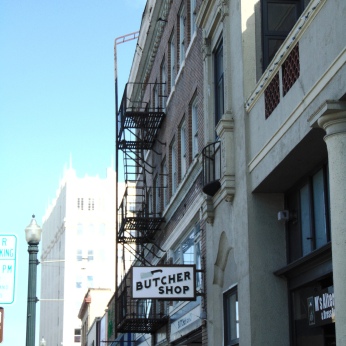 There are wonderfully preserved Victorian houses in the hills where most of the population resides. I love the Flavel House, built in 1885 and now a museum. 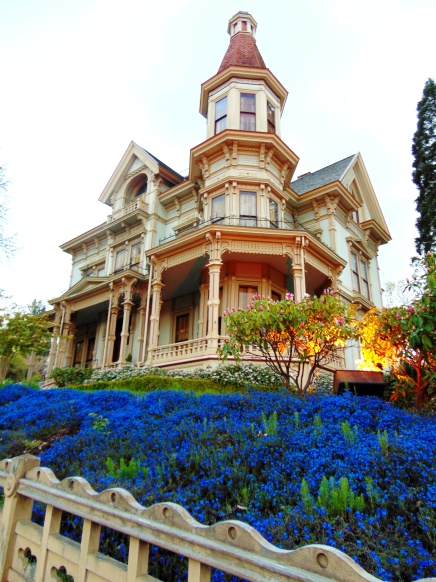 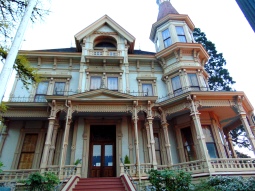 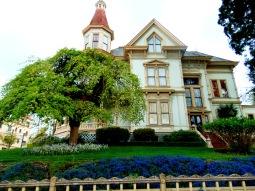 We spent the night in Astoria and awakened to a fine new morning. One more day out and about and on the road…

Then it was off to Long Beach, WA. First, the bridge, a drive that stirs me as we go over the mouth of the elegant but ever-working Columbia River. To the west, an endlessly brilliant blue sea. 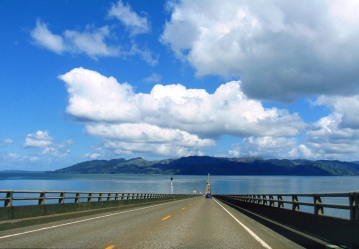 And we arrive in our wonderful Northwest neighbor, Washington. We stop by Middle Village and St. Mary’s Church. It gave us pause thinking of the land and the native people living her long before the famous explorers Lewis and Clark arrived. I felt a melancholy as we walked around and imagined all the activities. The world’s history is stitched with events, sagas, wars; of land being overcome, possessed again, changed; of people’s power usurped and replaced; and beginnings wrought of endings. It just goes on and on; certainly today we see versions of the same. Perhaps because of this, it gave me much to once more think about. 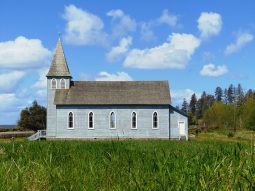 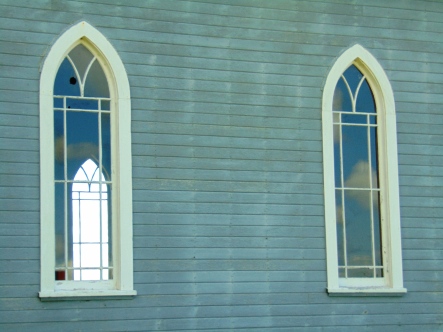 The next stop did nothing to dispel such cogitation: Fort Columbia. From Wikipedia comes this abbreviated description of its history:

“Fort Columbia was built from 1896 to 1904 to support the defense of the Columbia River. The fort was constructed on the Chinook Point promontory because of the unobstructed view. Fort Columbia was declared surplus at the end of World War II and was transferred to the custody of the state of Washington in 1950.[2]

In the 1960s and 1970s, Battery 246 was outfitted to serve as a Civil Defense Emergency Operating Center and was one of several possible locations the governor could use in an emergency.” 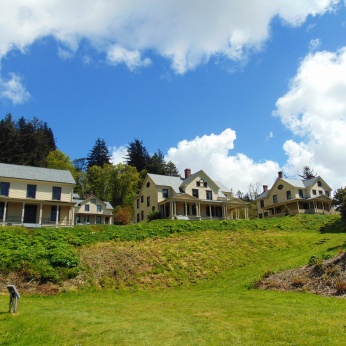 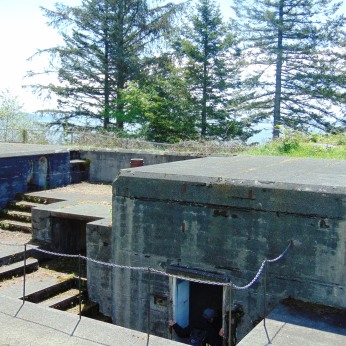 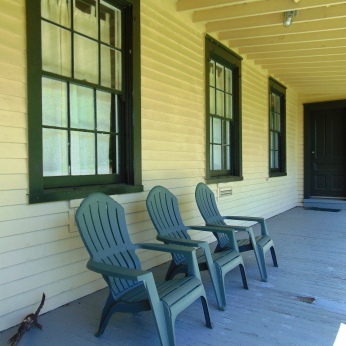 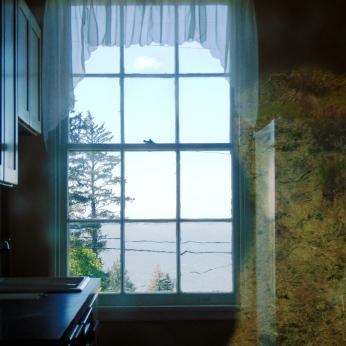 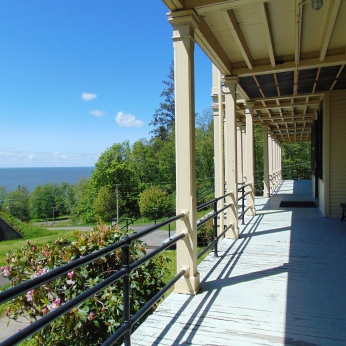 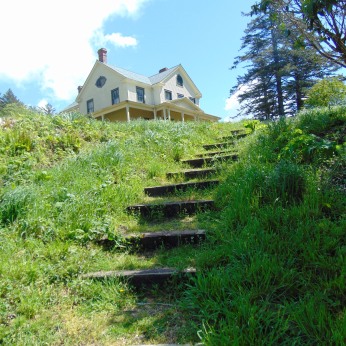 I felt the loneliness of the buildings as I walked the grounds. The vast emptiness, rather than being peaceful, felt full and restless with the past. It was a knitted-together community of soldiers that lived there and a town was not far away for some socializing on off-duty time. Yet its intended mission combined with a stark quality of the buildings (which from a distance appear a bit pleasant), now emptied of life, were a reminder of how things might have been and also developed at that place, in those times. As I tarried at various spots, then looked into a kitchen and through another window toward the ocean, it seemed deeply inhabited by its history. Some say it is a haunted place. Perhaps.

It was time to head on up to the Long Beach Peninsula, dispel the pensive mood with more sun, wind and rolling sea. The beach purports to be the longest in the world–not verified as fact, to my knowledge–and also boasts a very long boardwalk. It was a railroad town once. Walk, breathe, take in more of nature’s generous offerings. 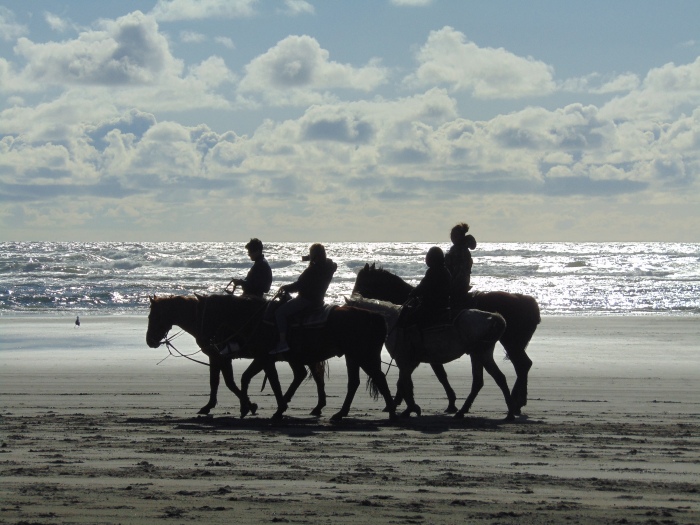 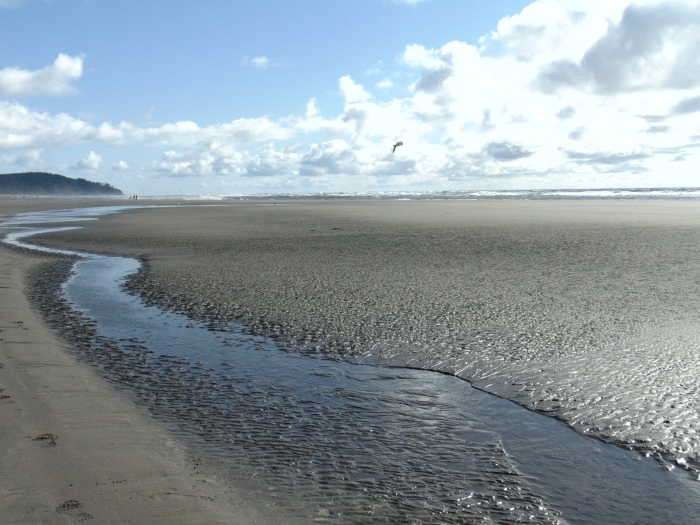 We stop at North Head Lighthouse, opened in 1898. Lighthouses along the coastal stretch from Oregon to British Columbia are crucial to help keep ships safer. Yet the rocky coastlines have been strewn over time with some 2000 shipwrecks and hundreds of lives lost. I chose to forego a typical lighthouse photo and snapped those below. Many visitors were moving beyond a safety fence and trekked down to the treacherous bluffs to get a closer look at the vista. I seriously considered it but moved on. This is one of the windiest places in the U.S., with winds often surpassing 100 mph. It was definitely very gusty standing there, hair whipping, eyes stinging. 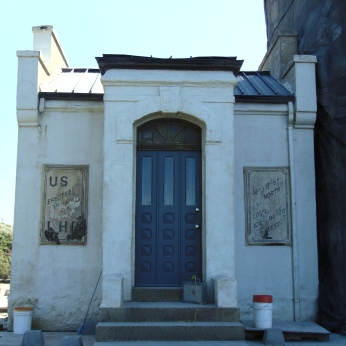 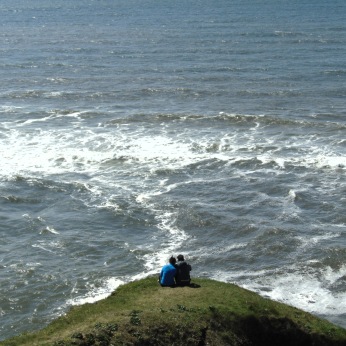 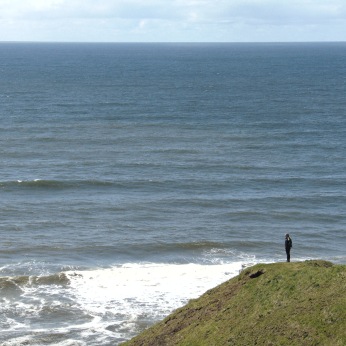 I found myself drawn to the property beyond the main attraction–brightly white and rust-red Head Keeper’s dwellings, which can be rented. This might be a fine place to work on a selection of poems or a new novel; Marc offers the thought that he’d like to work on his technical book here. Mostly, though, I would want to daydream, saturate myself with the wildness, mystery and blessings of nature’s panoramic ways. I suspect those who do rent this home come to enjoy bike rides, walks and hikes, and perusing surrounding towns’ delights as well as the mesmerizing ocean.

It was finally time to head back home. Thus ended the small journey that we packed a great deal into, enjoying varied learning experiences as well as being replenished on every plane. It was a time for us to steal a few carefree days and nights together as ironically my husband travels a great deal in and out of the country for his work. And Marc and I especially find–as most people do–bodies of fresh and salt water soothe, invigorate, lighten and inspire us. We would both return to the city happier. What my hat says sums it up. For me, another year alive despite heart health and other challenges, being able to do what I love most of the time, this is not a mere motto I take for granted: Life is good!

I hope you don’t just scrimp/save/wait for one or two fancy, expensive trips. Get in the car (or bus or train) and head out on a short ramble, even those close to home. Let taxing cares and harsher realities loosen their vise-like grip and drift away. We all need the balm of moments both meaningful and laughter-inducing. Take time to find and celebrate places and feelings you might be passing over–there are such surprises out there! Pull in close. Share wonder.

Note: This is the fourth and last part of a small series on our recent four day trip to the Oregon and Washington coasts. If interested, please check out Days 1-3 posted the last few times!

11 thoughts on “Day 4: Water’s Ways: A Short View of History, Hauntings and Happiness”